March is Women in History month.
We thought we'd go back a little further than usual for our inspirational women.
The women who have gone before us have shaped us, and shaped our culture, from time immemorial. Their knowledge and experience was passed on through stories and tales.
We are lucky that Celtic culture has travelled across the centuries so packed with strong goddesses figures that all attempts to replace, disguise, or silence them have ultimately failed.  Celtic artistic traditions protected them and transmitted them to this very day; their matriarchal spirituality continues to manifest its enduring power through objects of art and stories of the goddess.

Venerated not only as Christian saint but also as pagan deity, Brigid is perhaps the most powerful religious figure in all of Irish history. A multifaceted, complex, contradictory figure, she is revered under many names throughout the Celtic and Christian world and her story has woven together many intricate traditions.  This makes Brigid a complicated and fascinating character and has enabled her to move effortlessly through the centuries, fulfilling different roles for different times.
The Christian Saint Brigid’s feast day is February 1.  In pre-Christian times, this was the day of the pagan Goddess Brigid’s spring festival, Imbolc.  To understand the significance of Imbolc, imagine for a moment that you have just spent a long winter in the agrarian Ireland of five thousand years ago. Winter was a dark world lit only by fire. Food was scarce, the cold relentless.

You have nearly survived those long, hungry months, but food supplies are finally running out. At this crucial time of year the milk, cheese, and curds of pregnant cows and ewes might make the difference between life and death! Luckily, by February, the animals have given birth; their milk is flowing. The old crone months of winter are departing and youthful spring is on the way!  This unique, late-winter prosperity was a central theme of Brigid’s feminine festival.
Imbolc ushered in the new year with the lighting of fires and purification by well water. Women and girls gathered together. Corn cakes were made from the first and last of the harvest and distributed from house to house. The goddess Brigid - and later Saint Brigid - were represented with a doll dressed in white. This little effigy, usually a Corn Dolly, was carried in procession by maidens, also dressed in white. A feast of special foods were presented to the Goddess.  Young men were invited too, perhaps to take part in ritual mating to generate new souls to replace those lost in winter.

After the conquest of the Celtic lands by the Holy Roman Empire, the church worked to replace the worship of the powerful, fecund Goddess Brigid with worship of the virgin-Saint Brigid.  This posed a particular challenge because Celtic religion was matriarchal and society had been organized matrilineally.   From ancient time, Irish ancestry had been traced through the mother's line; blood relationships of importance would be on your mother’s side, so much so that the children of sisters were considered siblings rather than cousins.
The ancient Irish idea of “sin” was not even about sex.  Sex brings about sacred motherhood and so was a good thing. To do wrong was to act against your maternal kin.  The Christian emphasis on virginity, on the other hand, stemmed completely from patriarchy. To remove the revered Goddess Brigid from sexuality the church was to remove motherhood from its revered position in Celtic society.

Christian Saint Brigid grew up in a pagan, perhaps druidic house.  As a baby, she was fed the milk of magical Otherworld cows. But as a young maiden, she professed her Christianity.  Her father was enraged to learn that she aspired to live a celibate life tending to the poor rather than fulfill her pagan promise of sacred motherhood.  Yet, even after Christianization Saint Brigid remained strongly connected to feminine fertility. She was an unusually magical nun and could provide a lake of milk from from her cloak, for example. 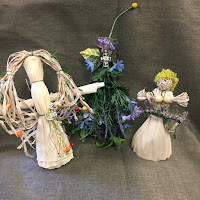 The Triple Goddess heads that once represented her primary aspects were replaced by the Trinity, but rays of sunlight still emanate from Saint Brigid’s head, just as they did from her Goddess crown. Themes of milk, fire, Sun and serpents followed her through the centuries and she continues to represent spinning and weaving, smithwork, healing and agriculture throughout her evolution. And it is easy to imagine that Saint Brigid’s cross, a rough-hewn widdershins sun made of straw, might once have been a corn-dolly representation of the Goddess. 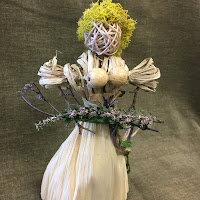 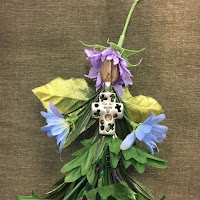 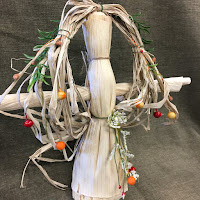 That Brigid has traversed the centuries and come to us with most of her traditions still intact reflects the fluidity of an ancient Celtic worldview in which there was no separation between the inner and the outer worlds; Brigid was intrinsic to daily life in the fires of poetic inspiration as she was to the fires of the cooking pot on the hearth and the iron in the smith’s forge.
In March we celebrate both women’s history and the lovely, verdant nation of Ireland. Without disparaging dear old Saint Patrick - a man of course, and English rather than Irish - we invite you to celebrate the protective and generative spirit of Brigid.
Every one of us has a creative spark from her fire.

We love to encourage that spark! Please join us for our project of the month and create your own beautiful original meaningful goddess.

For more information about our project Click Here
Posted by The Idea Field at 6:38 PM 2 comments: 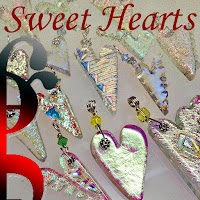 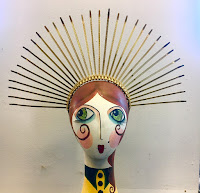 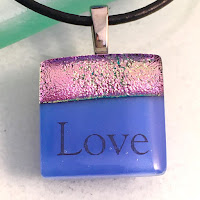 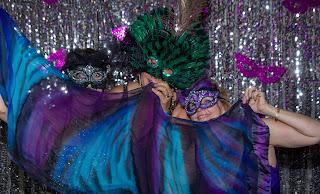 Posted by The Idea Field at 6:34 PM No comments: